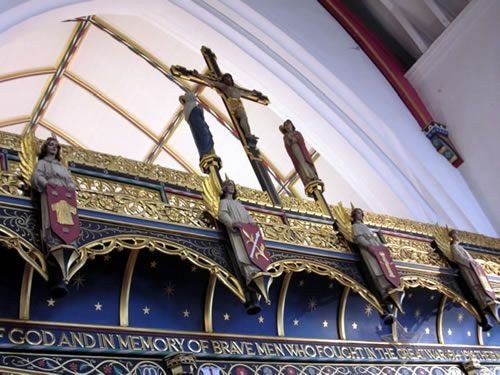 Fr Nicholas Cranfield looks back to the foundations of All Saints'.

The little hamlet on the south side of Blackheath had gradually expanded and by the 18th century thrived. Residents depended wholly on the pastoral ministrations of Greenwich St Alfege, Lee St Margaret, Charlton St Luke and Lewisham St Mary for their spiritual wellbeing. The estate chapels of St Michael’s on the Cator Estate and that of St John’s on Stratheden Road were too small to serve the community and by 1854 local voices demanded a new church.

In 1857 residents gained more than they had hoped, for the church was no longer to be simply a daughter church of Lewisham St Mary but a parish in its own right.

The Earl of Dartmouth, who made the land available, laid the foundation stone on 26 October 1857 and on All Saints’ Day the following year (1 November 1858) the Bishop of London came to consecrate the church.

For 10 years the church lay within the diocese of London until 1867, when the boundaries of the ancient diocese of Rochester were redrawn. As south London expanded in the later Victorian period, it was felt that a new diocese was needed to meet the demands of the population. With the creation of the diocese of Southwark in 1905, from parts of the sees of Rochester, Canterbury, London and Winchester, All Saints was added to the new diocese.

Much of the history is familiar. We learn that spiralling costs more than doubled the original estimates for Benjamin Ferrey’s church; the musical life was high enough that Sir Arthur Sullivan and Gustav Holst brought choirs here and the opera composer Alfred Cellier was organist; an early service (8am Holy Communion) was established in 1883, perpetual reservation of the sacrament in 1928 and requiem masses said.

Before the Second World War vicars had curates and the parish somehow coped during 1939-45 even when one vicar left to be with his family who had been evacuated, one was removed and a third had a nervous breakdown.

Throughout the church, her priests and people have continued to serve the community of Blackheath, standing as a witness to God’s presence and offering a beacon of hope in a busy world.

The hymn writer Athelstan Riley was born in the same year as divine worship was first offered here. He wrote:

All Saints was built as the new parish church for the village of Blackheath. It stands on its own on the edge of the Heath and makes no attempt to relate to nearby buildings. It has Kentish rag surfaces and a spire on the south-west corner. Vestries (1890) and porch (1899) were added by A W Blomfield.

Born in Hampshire, Ferrey was a pupil and biographer of Augustus Welby Northmore Pugin. Pugin was Great Britain's foremost architect and designer of the nineteenth century, a man with extraordinary talent, verve and perspicacity. A man who believed in himself, and harboured a passion for Gothic and the Roman Catholic Church.

After a period on the Continent, under William Wilkins, Ferrey set up his own architectural practice in London in 1834. This practice grew to prodigious size, and Ferrey became an important establishment figure, for example being Hon. Secretary of Architects' Committee for the Houses of Parliament. He was Diocesian Architect for Bath and Wells, carrying out much restoration work on the Cathedral at Wells. He also designed and laid out parts of the town of Bournemouth. Ferrey's pupils included his son, Benjamin Ferrey Jr, and the late Victorian architect John Norton.

In London, his work includes several churches, including All Saints Blackheath, and the more centrally located St Stephen's, Rochester Row(1845-7) in Westminster. 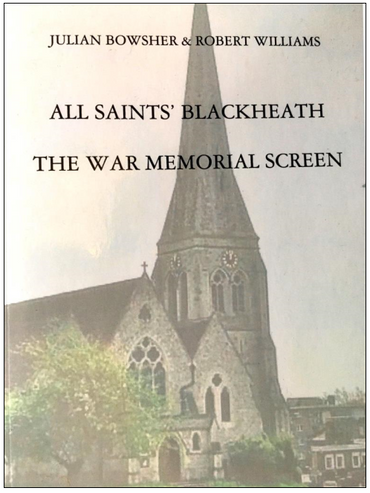 In this fascinating account of the WWI memorial screen at All Saint’  Blackheath, Julian Bowsher and Robert  Williams, who both regularly worship in the church, trace the history of the screen that was built by St Sidwell’s Art Works in Exeter and follow the lives of the thirty nine Fallen (1914 - 1920) from font to grave.

It is illustrated in colour with photographs of the graves on the Western front and at Gallipoli and Jerusalem as well as with a history of the screen itself.

“Their name liveth for evermore”

Copies can be obtained for £5 each, including packing and postage, by clicking on this link; by sending a cheque (payable to All Saints’ Blackheath PCC) to The Vicar, 10, Duke Humphrey Road, Blackheath SE3 0TY; or using the QR code, below. 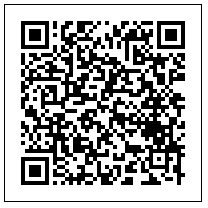